Why have Solar?
As you can generate your own electricity and save money by reducing or totally getting rid of your electricity bill. You will also the environment by using renewable energy solutions and it also adds value and increases your energy rating to your house.
What is a Grid Connect Solar System?
The Grid Connect Solar System is made up of a number of pieces of equipment that work together to generate your electricity. The Panels that are mounted on your roof contain Photovoltaic Cells, also known as Solar Cells.

When the sunlight falls on these cells they convert the sun’s energy to Direct Current (DC) power. The DC power than travels down a cable connected to your inverter. From here your inverter converts your DC power into 240V Alternating Current (AC) power (which is what you use in your home).

The solar electricity delivered by the inverter is consumed first inside your home. Then the excess portion goes into the power grid, which is were you can make your money.

Or if your energy demand within your house exceeds what is being provided by your Solar PV Solar System, then the additional amount required is automatically drawn from the grid. Which is how you decrease your electricity bill.

What are Solar Panels and how do they work?
The most important part of solar panels are the silicon solar cells. Silicon is made of tiny atoms which have charged electrons.

Solar cells are carefully placed in a series of rows. Individual cells are connected using a thin conductive strip. This strip is woven over and under each silicon cell so that every cell in the solar panel is connected and creates an electric circuit. The Solar cells are then covered with a heavy duty piece of glass and framed using aluminum.

On the back of every panel are two leads. These leads are used to connect individual solar panels together to form an array of solar panels which are connected to the solar inverter. The particles of light which travel from the sun to earth everyday, are called photons. Photons take approximately 7 seconds to get from the sun to your roof. When the sun shines on the solar panels, the photons cause a reaction and the magic of solar power generation begins.

Throughout the day this process is repeated and the electrons flow in one direction constantly leaving atoms and filling the gaps with different atoms. This flow of electrons creates electrical current, or how we like to call it, Clean Solar Energy!!

What is a Mono-crystalline Solar Panel
Monocells are made by growing a cylindrical ingot of crystal silicon from a small seed crystal. The inglot is one crystal, hence the name ‘mono-crystalline’ or single crystal.

This ingot is then trimmed into a square and sliced into wafers. The mono-crystalline cell is most effective when placed at 0 degrees (North in the southern hemisphere and south in the northern hemisphere.

What is a Poly Crystalline Solar Panel?
Poly cells are made by pouring molton silicon into a square mould and allowing it to set. Since the silicon cools at different rates (the outside sets faster than the inside) and there is no seed crystal to ‘grow’ the new material from the resulting block contains many crystals. This gives the name ‘poly or multi-crystalline’ and gives the resulting cells their multifaceted sparkly appearance.

The poly-crystalline cell due to its multifaceted surface is a high performer in weak light and on east and western roof surfaces. Its other advantage is that per square meter of space it has a much larger wattage of power production.

How do I get the best out of my Solar Panels?
As Solar PV panels produce the most power when they are pointed directly at the sun. In Australia, solar modules should face north for optimum electricity production.

The orientation of the panels will often have a greater effect on annual energy production than the angle they are tilted at. A minimum tilt of 10 degrees is recommended to ensure self cleaning by rainfall.

For grid-connected solar PV power systems, the solar panels should be positioned at the angle of latitude to maximise the amount of energy produced annually. Most Australian homes have a roof pitch of 20-30 degrees.

If your roof’s slope is not ideal, we can create an appropriate mounting frame to correct the orientation and elevation of your panel. Failing this, the designer can advise you on the difference in energy output for different tilt and orientation.

What is an inverter?
The inverter is what converts the DC power into AC electricity which is needed to supply power to your standard appliances. The efficiency of an inverter is measured by how well it converts the DC electricity into AC electricity. This usually ranges from 95% to 97.5% for most models
What does maximum efficiency mean?
A solar inverter efficiency is a critical specification that directly affects the efficiency of your entire Solar system. All the power generated by your solar panels has to go through your inverter before you can either use the power in your home or export it to the grid.

So every percent of extra efficiency that you can squeeze out of your inverter will directly improve the performance and payback of your solar system. So the maximum percent is what the inverter will perform at when running at full capacity.

Provided your property is inspected by a registered accredited solar electrician every two (2) years for the ten (10) year period.

Are the Solar Panels and Inverters been tested for quality to Australian Standards?
Yes, all products used by Mason Electrical Industries Pty Ltd are tested and meet Australian and International Standards.
How do I know what size system I need?
One of our Sales consultants can discuss with you, your requirements by looking at an electricity bill or if you know your average spend per quarter we can work it out from there.
How do I know how many Panels I can fit on my roof?
One of our sales consultants can come out to your home for a face to face consultation and measure your roof space. However if you have a look at our specials page it gives you a rough idea of what you need depending on what system you are looking at.
What if I have a Flat Roof?
If you have a flat to near flat roof that is no problem. We have roof mounting systems that we can install to angle your panels to an adequate degree to get the maximum electricity from the sun.
Is it possible to increase the size of my Solar PV System in the future?
It is possible. Depending on the size of your current inverter and roof space we can add more panels. There is also the option of adding a second system, if the roof space is there.
How long does an average install take?
Depending on the size of the system you purchase it can take between 3-5 hours.
How long will it take for my Solar System to be installed?
Can take between 4-12 weeks from the time your 5% deposit is received.
Who will be installing my Solar system?
All our installers are licenced Electricians, who are accredited in installation and design of Photovoltaic systems by the Clean Energy Council of Australia.
What is the payment period?
The final 95% outstanding payment for your Solar system will be due on the day of install by either Direct Debit, Credit Card, Money Order or Bank Cheque.
Do I have to be there while the system is being installed?
Yes, so you can be 100% happy with the positioning and quality finish of your new PV Solar System.
Does my Solar system work at night?
Due to no sunlight at night time, your solar system is unable to produce electricity. Therefore at night your source of electricity will be drawn from the grid.
What happens with my Solar when there is a Blackout?
For safety reasons your Solar units will also shutdown when the electricity supply is interrupted.
Does my Solar PV System work the same all year round?
Your Solar system relies on the sunlight and ultra violet rays from the sun to work, not it’s heat. So your system conversion of power will be the same all year round. In the winter however we do have fewer sunlight hours, where as in summer you will benefit from the extended sunlight hours.
What is an STC?
Small-scale technology certificates or STC’s are tradeable commodity attached to eligible installation of renewable energy systems (including solar panels, solar water heaters and heat pumps).

Under the federal governments small-scale renewable energy scheme (SRES), when you install an eligible system, you may claim a set number of STC’s. This number is based on the amount of electricity in megawatt hours you generate by your small scale solar panel, wind or hydrosystem over the course of its lifetime of up to 15 years.

The number of certificates you can claim may vary depending on your geographic location, what your installing, whether your installation is eligible for solar credits, and/or the size and capacity of the installed system.

How can I use my STC’s?
Under the new renewable energy target your STC’s can be traded to an electricity retailer. Or we can take all the trouble and fuss away of paperwork and offer you a point of sale discount and claim them on your behalf.

Simply leave your contact details below and we will get back to you.
Call (07) 5556 0951 for immediate support. 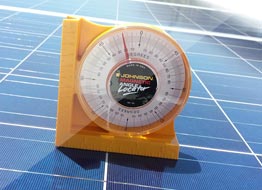 Thank you Matthew for spending the time to explain everything to us, we appreciated your prompt and friendly service.

The price was great, their attention to detail and personalised service was amazing. Their team was very friendly, I would recommend them to anyone!!!

I have loved the level of service I have received to date. Thank-you to you and the team.